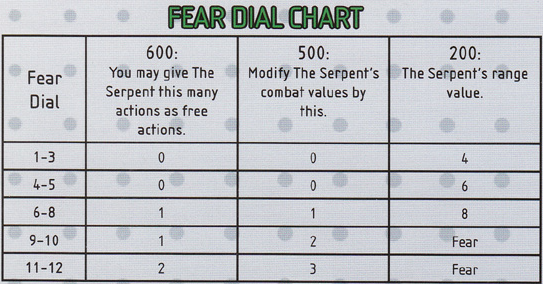 Attempting to destroy Odin[1] for stealing the right to the Asgardian[2] throne, Cul[3] and his new Asgard, full of his followers, journeyed to Broxton, Oklahoma[4], home to Thor's fallen Asgard, in an attempt to use Heimdall's[5] Observatory to journey to the true realm eternal, Asgard. After Thor[6] was healed and returned from Asgard, Cul switched to a giant serpent form and battled his nephew, while the Avengers fought the Worthy[7]. At the end, Thor slew his uncle with Odinsword[8], revealed to be Ragnarok, and died in the arms of his father, thus fulfilling the prophecy.

Retrieved from "https://heroclix.fandom.com/wiki/The_Serpent?oldid=4773"
Community content is available under CC-BY-SA unless otherwise noted.